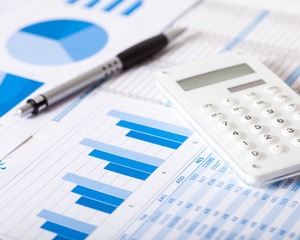 The accounting adventures of a micro yoga business

This is what happened

There are two business’s running from this address, Marella Fyffe Yoga and the Garden People, a landscaping and tree surgery company, the latter which issues lots of invoices over the course of the business year.

In the past we would get into a knot around whether this person or that company had received an invoice and more importantly had they paid it? Jobs were regularly forgotten and may never have been invoiced in the first place . We often asked ourselves were we running a company just for fun or were we trying to make a living? I am sure you are thinking how could you possibly forget to get paid? Trust me it happened all the time !

So we bit the bullet , identified an accounts package suitable for a small business handed over the money and set to to learn how to use it. This was not too difficult and over a period of time the benefits started to reveal themselves . Invoices were issued , got paid and reminders sent out when accounts needed to be squared. It was easier to keep track of expenses also.

The best thing about it was, that we had the facility of an automatic bank feed . As money moved through your bank account it was reconciled with your accounts . It was beautiful to behold and brought a level of organisation to my accounts that I never had before. It worked brilliantly until it didn’t. I go to work tracking down the problem never suspecting the labyrinthian rabbit hole I was about to travel into.

Working with the accounts software package itself . I shut down the software and rebooted – nothing . I set up that bank feed thingy again – nada . I check broadband thinking the error lay there- still nothing . I start a long drawn out conversation with the message help desk . We go through every detail -everything is as it should be. The help person cannot solve it and passes me up the line .

We are about three months into the enquiry by this stage. I get the news after a lot of pushing that it is not their problem that the issue lay with the bank. I feel unsupported and palmed off.

Picking up the phone I talk to the bank. They have no clue what I am on about , the last conversation terminates with, “sure we did away with all third party bank feeds to deal with security problems” – It’s not our problem it’s the company that hosts your accounts package ! I knew this could not be true as I was aware of other companies who had automated bank feeds with same banking organisation .

As I am busy with the daily job of running a yoga business the amount of time I can allot to a specific problem is inversely proportional to its urgency . This was not urgent and it would have to wait for another time, bad mistake .

Almost a year goes by – I am still paying for my accounts package £288.00 per annum which now is all but redundant. Covid looms and my attention is fully focussed on the survival of the business another eight months passes .

My dilemma is that I am still uncertain where the fault lies, though I have been told by the company that it lies with the bank I remain unconvinced. I begin to look at moving to using a different accounts package and talk to my accountants about what I was intending to do .

Luckily Barry there in Jim Turbett and Co. suggested that perhaps I should hold off before I move to a different software package until he made a few enquiries . Finally I get a phone call from someone in the accounts package company who gives my query his full attention and does not palm me off .Over the next few weeks between the three of us we arrive at the unequivocal conclusion that it is the bank who are at fault. This is what happened .

A well known Northern Ireland big banking organisation makes small administrative changes to some of their customer accounts. Deep in Tyrone a small business shivers in the cold wind of change.

The thing is , we were either uniformed about it, or if we were told, the information didn’t land .You see I opened my bank account over thirty years ago and whatever type of bank account it was , it no longer supports bank automatic bank feeds to accounts packages . It took me almost two years to get to this point in my investigation . I finally discover my automatic bank feed will never work with this account and furthermore they could not offer me any work around solutions and to add insult to injury were disinclined to deal with the problem any longer .

Filling irritated and loosing patience I vote with my feet

I decide to move bank , I was sad about this as I had been with them for many years and found them more or less ok . In the process of selecting a new bank I discover a local bank that actually offers the same accounts package free, as part of their incentive for attracting new businesses to come and join them . Result yeah!! I start the long torturous process of moving bank accounts during a pandemic , what a merry go around this is proving .

As for the first bank I don’t think they have even noticed that they have lost a micro company, whose account is always in the black, who paid back their loans on time and profiles the type of micro company they like to attract, the type they are always advertising for.

The more things change the more they stay the same

Moving to the new bank started two months ago . This morning I receive an email from the new bank asking me to fill in documents by pdf, exactly replicating all the documents that I have already filled in online over the past two months…. Here we go again lol !

I suppose the takeaways for me are , that running your own business is an exercise in continuous problem solving. Sometimes things are easily sorted out and other times it can run into years.

Persistence is what counts, digging deep, keeping at something, until comes a resolution .

PrevPreviousIs yoga on Zoom the future?
NextOn a quiet day I can hear her breathingNext
x

Covid 19 Instructions for those attending classes at the Bamboo Loft